The Fondazione Spinola Banna per l’Arte and the Galleria d’Arte Moderna e Contemporanea di Torino, in the light of the excellent results achieved over the past two editions, will conclude the tree-year collaboration project by putting out a call for the selection of five young artists. The 2018-2019 edition of the annual programme of workshops with residency and events dedicated to artists under 35 working on the national and international territory constitutes an opportunity for reflection and drawing conclusions, with a view to bringing back the attention on art to the dimension of the creative moment, to the expressive potential that is unleashed by the artist’s comparison with him/herself and with his/her work.

For the year 2018/19 , the artist-cum-tutor invited is Maria Morganti with a project entitled Diari tra Diari.

Diari tra Diari
The artist-cum-tutor Maria Morganti will lead the five artists selected in the light of the open call along a path on which the everyday and its recounting offer the chance to rediscover living and active material, the energy of thought that forms the dimension of time, and the awareness of man of the sense of being and of being here, of belonging to a hic et nunc which day after day unfolds into both personal and collective history.
The project Diari tra Diari presented by Maria Morganti will focus on diaristic expression in all its forms: visual, literary, technical, archival and musical.
The artists and specialists from various sectors of culture (literary critics, philosophers, historians, psychiatrists and archivists) will combine expertise to bring out the energy that each recording of the passage of time withholds: a depository of experiences, knowledge and human values.
The works that Morganti and the artists produce over the span of nine months will bear traces of the progressive stratification of experiences and reflections in which each individual essence will dialogue with others, in an opening of the diary-form made up both of the reflection in others and the acknowledgement of difference.

The path will also draw on collaboration with other cultural centres across the territory, such as the Museo di antropologia criminale Cesare Lombroso in Turin – ‘Museum of Anthropology and Ethnology’ section – and FLAT (Fiera Libro Arte Torino), which will dedicate the monographic exhibition of the 2018 edition to Dieter Roth and his diary and autobiographical production.

MARIA MORGANTI
I was born in Milan in 1965. I lived in New York for a few years and now I live in Venice, with brief stays in Pellestrina.
My work revolves around the experience of colour, meant as the matter and trace of existence. My works are sedimentations of time, presented in the form of chromatic diaries. What I produce every day in the isolation of my studio on the basis of a precise rhythm, one colour a day, is then placed in relation with the outside world, with other realities, in the attempt to trigger contact between my own interiority and the shared space.
My interaction with artists has always been very important and intense: I have frequented studios, shared living and working spaces, taking part in residencies and curating workshops myself. From 2002 to 2012, initially in my studio in Venice and then at the Fondazione Bevilacqua La Masa, I coordinated the incontri del mercoledì: encounters for artists alone, in which an artist could show, speak and reflect on his/her own work together with other colleagues. In 2007, I curated a workshop at the DOCVA Via Farini in Milan, and in 2012 I staged an intensive workshop of Visual Knowledge for the CLASAV Master Course of the IUAV University of Venice.
I consider holding exhibitions a complementary part of the creative process. What I produce in solitude in my studio stands in relation to other spaces, being reactivated in an ever-changing manner and forever producing new meaning. Since 1983, I have exhibited in Italy and abroad in private and public spaces, both those officially designed for art and otherwise, in some cases even exhibiting in the open air. I have often addressed heavily connoted spaces from a symbolic, artistic, historical and architectural point of view.
My first institutional solo show was curated by Angela Vettese at the Fondazione Bevilacqua La Masa in Venice in 2006. Since then, I have held various other exhibitions in museums and institutions such as Via Farini, Leporelli, curated by Milovan Farronato, Milan, 2007; Diario cromatico curated by Chiara Bertola, Fondazione Querini Stampalia, Venice, 2008; Museo di Castelvecchio, L’unità di misura è il colore a curated by Chiara Bertola, Verona, 2010; Casa Testori, Giardini squisiti with Massimo Kaufmann, Novate Milanese (MI), 2014. In 2017, I opened a permanent installation curated by Chiara Bertola in the café of Mario Botta for the Fondazione Querini Stampalia of Venice.
I have taken part in numerous collective shows in institutions including most recently: L’emozione dei colori nell’arte, curated by Carolyn Cristo-Bakargiev, Marcella Beccaria, Elena Volpato, Elif Kamisli, GAM/Castello di Rivoli, Turin, 2017; Èdra, tutta l’Italia è silenziosa, Reale, curated by Davide Ferri, Accademia di Spagna, Rome, 2015; Autoritratti, Iscrizioni del femminile nell’arte italiana contemporanea, curated by (among others) Francesca Pasini, MAMbo, Bologna, 2013; La fortezza plurale dell’arte, curated by Giacinto Di Pietrantonio and Umberto Palestini, Fortezza Borbonica, Civitella del Tronto, 2012; Quadriennale, Rome 2009.
Over the years, a series of publications have been issued with contributions from (among others): Cristina Baldacci, Chiara Bertola, Davide Ferri, Ilaria Gianni, Mel Gooding, Susan Harris, Paul Hills, Caoimhìn Mac Giolla Léith, Francesca Pasini, Rosella Prezzo, Raphael Rubinstein, Gabi Scardi, Barry Schwabsky, Marco Tagliafierro, Angela Vettese, Giorgio Verzotti and Elena Volpato.
I have designed various artist’s books and other kinds of publications that I consider places in which to share experiences with others. In 2018, various books of mine have been published: a short Monografia edited by Stefano Arienti; Pondus, published by 100 Copie Edizioni and Nel buco, published by Les Cerises Edizioni: an artist’s book for children. In 2017, I collaborated with Jean-Luc Nancy on Il colore succede, non si provoca, published by Corraini Edizioni; in 2016 with my son Piero Pes on Mi aiuti a capire cosa sto facendo?, Fortino Editions; in 2014 with Matteo Nucci on I diari di Via dell’Oca e di Via della Penna and in 2006 with Barry Schwabsky on Storia di un quadro, published by Corraini Edizioni. In 2010, I published Un diario tira l’altro with Corraini Edizioni. In the first volume, I placed my own chromatic diaries alongside the diaries of my father Piero Morganti, and in the second I called on the participation of: Claudio Bartocci, Laura Boella, Gianmario Borio, David Carrier, Lawrence Carroll, Angiola Churchill, James Elkins, Anna Finocchi, Manuela Fraire, Lea Melandri, Cesare Pietroiusti, Rosella Prezzo, Vincent Katz and Tiziano Scarpa among others. 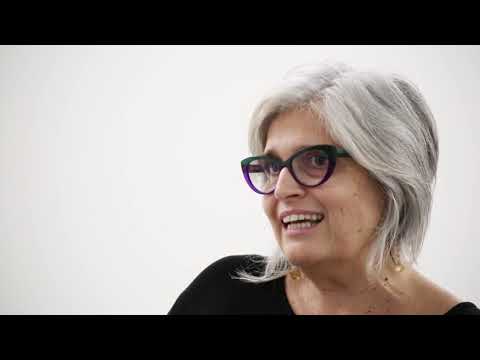